Home » Manna Matters » December 2020 » The First Christians and Their Money

The First Christians and Their Money 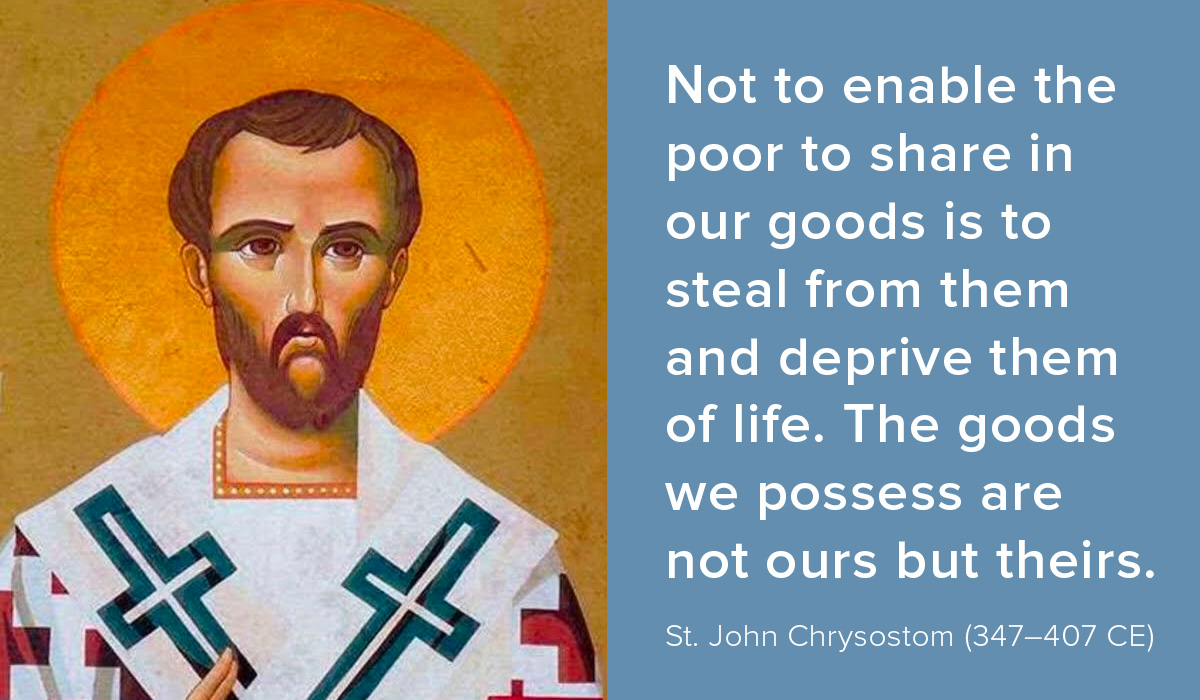 When you think of the early church (if you ever do), perhaps what comes to mind is its martyrs—Nero scapegoating Christians for the burning of Rome, using them as torches to illuminate his lavish party. You might think of Tertullian’s assertion, ‘The blood of the martyrs is the seed of the church’, even if you don’t know who said it.

There’s little doubt that the refusal of many early Christians to worship the gods of the empire — costing some their lives — contributed to the spread of Christianity. But usually the opportunity to die is not attractive unless you have something worth dying for. Christians were not simply stubborn people with a death wish, as the emperor Marcus Aurelius characterised them, who may as well throw themselves off a cliff and save the courts the trouble of convicting and executing them.

One aspect of Christianity that was attractive was the commitment to care for those in need — and there was plenty of opportunity to do so, as most people lived in, or on the edge of, poverty. In the Roman Empire, giving by the wealthy was largely directed towards gaining status and prestige, giving to get something in return. Even grain distributions by cities in times of crisis were directed towards citizens rather than all those in need. Jewish tradition, on the other hand, always had a concern for the widow, the orphan and the alien. That emphasis continued with Jesus and the early community in Acts took his words seriously. But it didn’t end there. Almsgiving, sharing with those in need, was central to what the early church did. We see it in the fullest description of early Christian worship in Justin Martyr’s First Apology, dated to the mid-second century. He describes the elements we would expect — Scripture reading (the memoirs of the apostles and the writings of the prophets), a sermon, prayers, the Eucharist — and, right in the middle of it all, money and (probably) goods:

The wealthy among us help the needy and we always keep together, and for everything we have we bless the maker of all through his Son, Jesus Christ, and through the Holy Spirit... And those who are well to do, and willing, give what each thinks fit. What is collected is deposited with the president, who helps the orphans and widows and those who, through sickness or any other cause, are in need, and those who are in bonds and the strangers living among us, and in a word takes care of all who are in need. (Justin Martyr, First Apology, 67).

So, protecting and providing for the vulnerable was a core component of what Christians did when they came together. A generation later, Tertullian, when discussing the importance of Christian marriage, talks about those things that it would be difficult to do if married to an unbelieving husband. These include visiting the poor in their own meagre homes, encouraging those in prison, washing the saints’ feet, providing hospitality to Christian travellers and generally making their resources available to others. In addition, Cyprian, bishop of Carthage in the mid-third century, records raising a large sum of money to redeem those captured by barbarians.

But believers didn’t only care for those within their own faith community. John Chrysostom, bishop of Constantinople in the late fourth century and famous for his eloquent preaching, makes an impassioned plea for Christians of his day to imitate the early believers in Acts in their generosity, imagining how it would radically transform the city. Pontius, Cyprian’s biographer, records how the bishop encouraged his flock in the midst of a plague to give not only to Christians, but non-Christians as well, imitating their heavenly father in his generosity (Matt 5:45). In The Rise of Christianity, the sociologist Rodney Stark credits this sacrificial care as the means by which many non-Christians survived the plague and entered the church.

But, of course, some may need more persuading than others. Cyprian writes his treatise On Works and Almsgiving to correct wealthy Christians who are reluctant to give to those who are suffering. He dramatises the virtue and benefits of giving (and the evil and dangers of not doing so) by employing a cast of biblical characters as models. One issue he specifically addresses is giving to the poor in the context of the responsibilities of parenthood. Firstly, he emphasises that Christ must come before family (Matt 10:26), but having established this, goes on to demonstrate that giving to Christ (identified with the poor and captive as in Matt 25:31–46), is actually the best way to care for one’s children.

Cyprian’s first example is the widow of Zarephath (1 Kings 17), who was using her last dregs of flour and oil to make a meal before dying with her children. But when Elijah asked her to give him something to eat first, and then feed herself and her children from what was left, she promptly gave it to him. She didn’t just give a little out of her wealth, says Cyprian, but gave everything she had, putting mercy before food, and the spiritual life before the physical. As we know, the flour and oil did not run out before the drought broke. This shows that Christ, in his mercy, rewards those who serve him. According to Cyprian, the mother didn’t take away from her children what she gave to Elijah; rather, she bestowed her kindness upon them and they received life rather than death. Furthermore, if the widow did this in her poverty, not yet knowing Christ or being redeemed by his passion, it is clear how sinful are wealthy Christians who do not assist the poor, but put themselves and their children before Christ.

When we are generous, we imitate Christ by looking to the welfare of the other rather than the self. Christian giving may no longer be as surprising as it was in the first centuries, but it is still a powerful way of revealing Christ to the world. Giving to others rather than worrying about our own food or clothing, as Jesus says in his well-known, if not widely obeyed, command in Matt 6:31–33, demonstrates our trust in God. Giving also changes us. It shifts us from a scarcity mindset to one of abundance. It frees us from the bondage of wealth and liberates us to follow Jesus. Instead of being consumed by desire for what others have, we share what we do have with those in need, protecting us from the danger of envy, something the early Christians talked about a lot more than we do. I love what John Chrysostom says on this point:

Now consider this, and be rid of the disease of envy. Even if you are unwilling to set your neighbour free, at least set yourself free from these countless evils. Why do you carry war into your own thoughts? Why fill your soul with trouble? Why work up a storm? Why turn things upside down? How will you be able, in this state of mind, to ask forgiveness of sins? (John Chrysostom, Homily 7 on Romans).

Generosity and reciprocal giving create community and unity rather than the divisiveness of conflict. Of course, showing the kind of love which is, as Chrysostom says, “not speaking empty words to people, but taking care of them, and putting itself forward by works — relieving poverty, helping the sick, rescuing those in danger, standing by those who are in difficulty, weeping with those who weep and rejoicing with those who rejoice,” takes effort. It involves sacrifice. The early Christians were able to persevere in doing so because they had hope for the future and set their heart not on earthly, but on heavenly, rewards. This freed them to behave in counter-cultural ways which did, in fact, change the world.

[Some of this material first appeared in “Stooping to Conquer: The Gentleness and Generosity of the Early Church.” In Not in Kansas Anymore: Christian Faith in a Post-Christian World, edited by Michael Frost, Darrell Jackson and David Starling, 87–98. Sydney: Morling Press; Eugene, OR: Wipf & Stock, 2020.]