The alienation of indigenous groups in our region 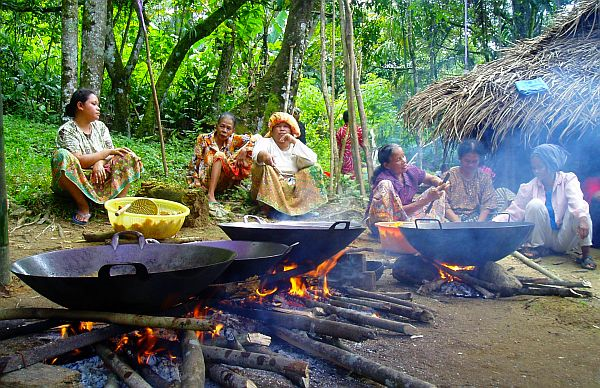 Members of the Semai Tribe of Orang Asli people.

The issue of the displacement of indigenous people hit the media spotlight last March, following the comments of Australia’s Prime Minister, referring to life in remote Aboriginal communities as a 'lifestyle choice'. Tony Abbott’s comments were made in the context of his support of the Western Australian state government plan to close more than 100 remote communities and move more than 1,000 people, saying in a radio interview '…what we can’t do is endlessly subsidise lifestyle choices'.

The PM’s comments were widely condemned by the Opposition, indigenous leaders and some within his own party. The Chair of the Prime Minister’s Indigenous Advisory Council, Warren Mundine, said it was not as simple as the Prime Minister had described. Interviewed on ABC Radio National, Mr. Mundine said:

The Prime Minister’s comments and the planned closure of remote settlements has certainly struck on a raw nerve within the Australian community. Thousands of people, of both Aboriginal and non-Aboriginal descent, attended protests. Many Australians now recognise the association indigenous Australians have between their ancestral land and cultural identity and the devastating effects of the displacement of indigenous people from their traditional lands.

Last year, I had the opportunity to meet with representatives of an indigenous people group on the outskirts of Kuala Lumpur, Malaysia. Known locally as 'Orang Asli' (translated as Original People in English), the wider people group numbers around 150,000 (0.5% of Malaysia’s population). The Orang Asli share a similar tragic history with many other indigenous peoples around the world. Since the 1960s, government policy in Malaysia has sought to integrate them into wider society. Despite these efforts, Orang Asli suffer disproportionate levels of poverty. Displacement due to urban encroachment has been problematic in recent years. Whilst reserves have been established under legislation to protect the rights of Orang Asli to continue their traditional lifestyle, the legislation provides discretion for beneficiaries to be evicted with compensation.

The group I met with comprised around 100 families, who survived by hunting and gathering until very recently. Their livelihoods were turned upside down when the state forest they lived in was sold to a developer about 15 years ago. The area is now developed with high-density apartment towers for the middle to upper class. As compensation, the developer built an enclave within the wider estate with detached bungalow-style housing on a 99-year lease for the Orang-Asli families, that housing not dissimilar to what would be found on the outskirts of Australian cities. The developer also built a community centre which houses a museum tracking the progress of these families through the development process. The museum contains a display of 'before and after' photos. Each family group is photographed standing in front of their traditional 'humpy-style' housing prior to the development, alongside a photo of the family, dressed to impress, in front of their new house in the completed complex. No doubt the developer was well intentioned and supported by the city planners and government officials who would have required adequate compensation to be found for the traditional occupiers of the forest as a condition for development approval. However, the photo display had overtones of a Jenny Craig advertisement, with the shame of the previous situation and the supposed glory of the new.

The reality 10 years on is very different to the marketing spin and congratulatory spirit contained in the museum. The community is now an island ghetto in the middle of a middle-upper class area, where the Orang Asli struggle to integrate and find employment. Social problems are rife and the section of the estate leased to the Orang Asli feels unsafe, neglected and is physically decaying. Despite a well-intentioned scheme to look after the Orang Asli, the solution has failed to provide an environment in which they could thrive. When I asked what they would have done differently, the elders replied that they would have fought the development from the outset instead of being swayed by sweeteners. There was also resentment within the community towards the elders who at the time accepted the compensation package on behalf of the group.

My mind harkened back to the stories told by Australian aborigines of the well-intentioned, but catastrophic, 'solutions' created by government and its agencies in remote areas of Australia, only this was very recent history. It appeared to me this community had been displaced in-place. Displaced at home, on their own traditional lands.

In neighbouring Sumatra and Kalimantan, Indonesia, a similar story is playing out now. There, the palm oil industry has made huge changes to ecosystems, particularly over the last 30 years. Today, Indonesia is the world's largest producer of palm oil and, together with Malaysia, accounts for 85 percent of global production. The detrimental environmental impact of palm plantations has been well documented, thanks in part to international advocacy campaigns targeting food products containing the oil. According to the World Wildlife Fund, in the last 35 years, Indonesia and Malaysia have lost 3.5 million hectares of forest to palm oil plantations.

Consumption of palm oil has risen steadily at 7 per cent per annum over the last 20 years. The industry continues to expand rapidly, swallowing up forest land to make space for new plantations. Much of this expansion has followed the illegal clearing and burning of native forests, releasing huge amounts of carbon into the atmosphere from the burning of both the forest and peat reserves beneath, which smoulder for years. 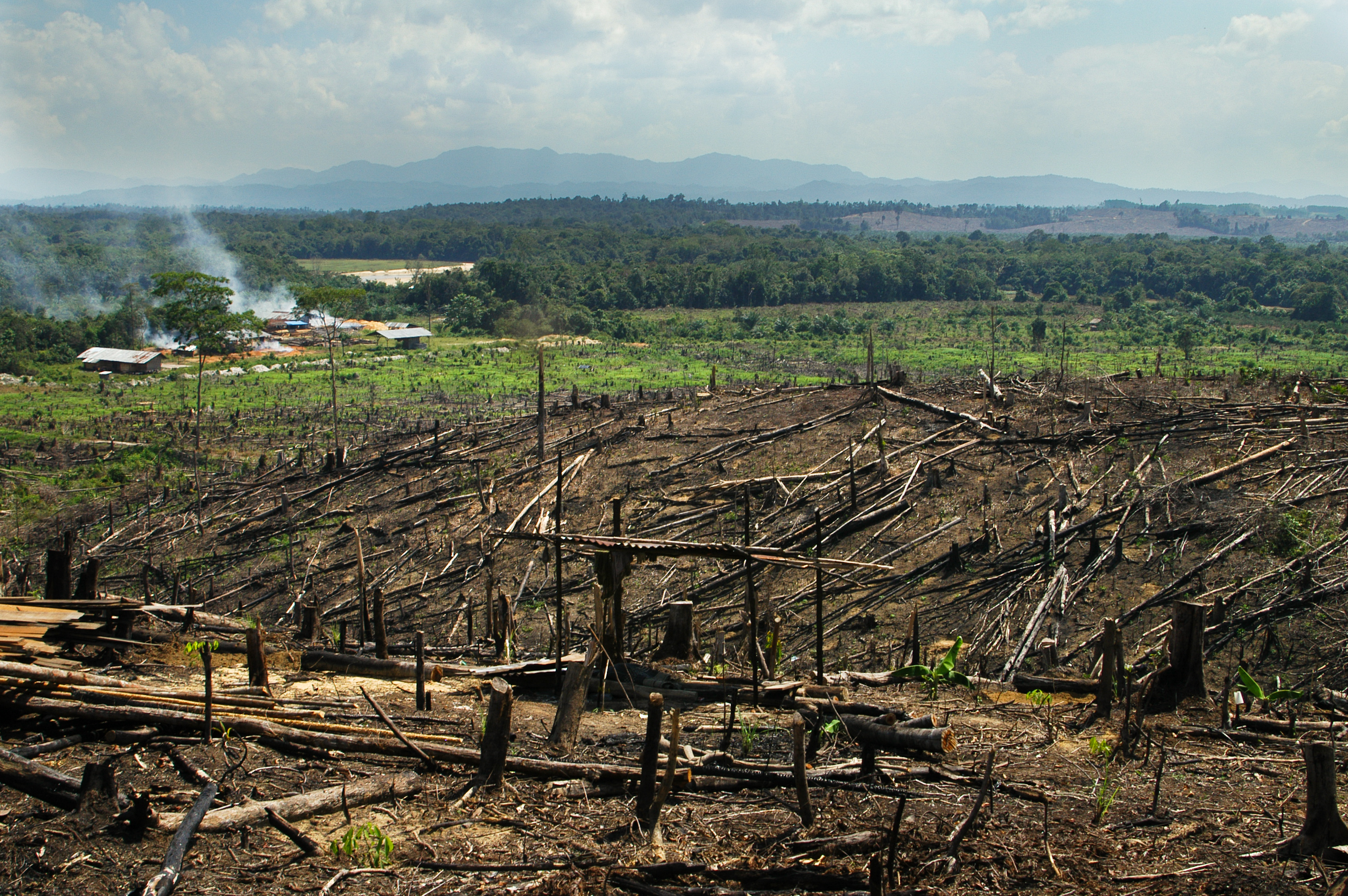 Less known than the environmental impact is the social impact of the palm industry. The Indigenous Peoples’ Alliance of the Archipelago (AMAN) represents an indigenous community of between 50 and 70 million people in Indonesia. AMAN has fought for years to preserve an ancient way of life from being bulldozed to make way for mono-crop plantations.

The palm industry boasts of its credentials as an employer and contributor to the local economy. However, a recent study by the Washington-based Rights and Resources Initiative (RRI) found that the main benefactors of the industry are the big investors and companies that control 80 per cent of the global palm oil trade. Contribution of the industry towards GDP and employment is miniscule compared with other sectors, particularly other food crops. According to Bryson Ogden, RRI’s private sector analyst:

'The structure of the industry is such that it leaves out local communities…..The biggest losers in this process were locals who lost their lands and livelihoods, but have not been incorporated in the new economy on advantageous terms…. '

Indigenous peoples are amongst the most vulnerable groups affected by the palm industry. Forests upon which indigenous people have traditionally depended have been replaced by a landscape and economy that they are excludeds them unless they conform to the requirements and expectations of an economy that is foreign to them. Many indigenous groups have struggled to cope with the kinds of changes that have occurred around them. Like the Orang Asli in Kuala Lumpur, they have been displaced at home. Local communities are beginning to take a stand for their rights, yet such campaigns have resulted in the alienation of whole communities or, worse, the criminalisation of their activities.

The experience of indigenous people in Malaysia and Indonesia shows how indigenous peoples can be displaced at home as the physical and economic environment around them changes. The lives of indigenous peoples quickly become vulnerable as developed economies subsume their livelihoods and environment. Solutions are indeed complex and multi-faceted. Whilst the situation in Asia is somewhat different from the Australian context, there are many similarities. The ties to traditional lands are strong and are important in defining cultural identity, but we should not forget that a central part of that ‘cultural identity’ is also a dignifying and meaningful economic livelihood.

[Ed. note: See articles by Tim Trudgen in previous editions of Manna Matters which give an account of similar ‘displacement at home’ faced by remote Aboriginal communities in Arnhem Land.]

Andrew McCulloch is an urban and environmental planner, originally from Melbourne and currently working in South-East Asia.