How to make your own soap 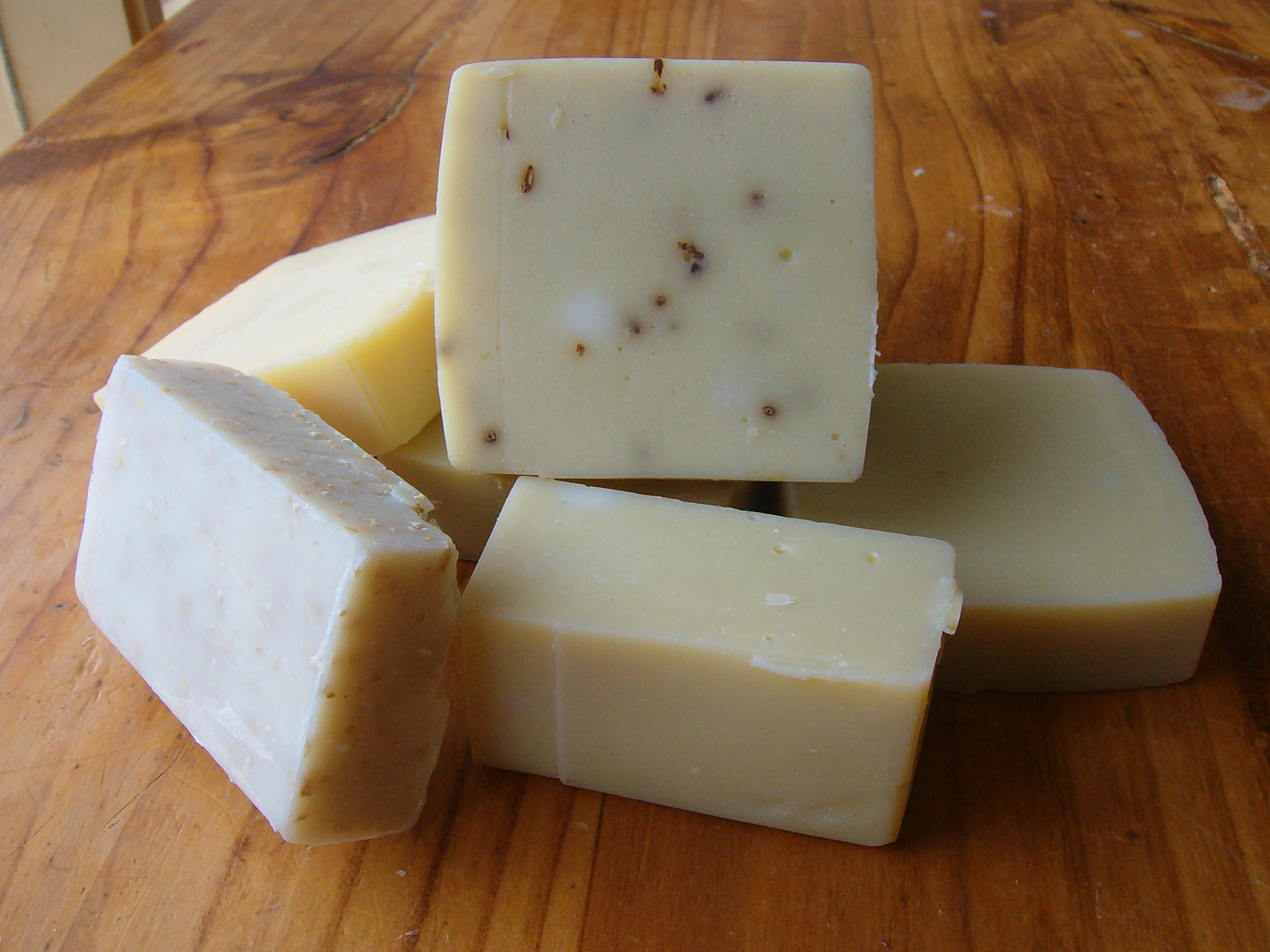 While people have made soap of different kinds for thousands of years, it is quite important for the home soap maker to have something of an understanding of what happens when you make soap.  The following description is very simple, being explained by someone who’s chemistry skills end with Year 12 chemistry studied about 15 years ago!!

Sodium Hydroxide is a volatile chemical which, when mixed with water creates a powerful reaction.  Heat is one of the products of this reaction, and the heat produced can be dramatic!  In soap making, the mixture of sodium hydroxide and water is called lye.  Different oils require different amounts of sodium hydroxide to “saponify” them, that is, to turn them into soap, so when we work out a new or modified recipe for a soap, using different oils or different ratios of oils, we need to modify the amount of sodium hydroxide we use.

For those who are interested in this level of detail, there are probably many really useful home soap making books available at good bookstores such as Artisan Books in Fitzroy, or at your local library.  Susan Miller Cavitch calls the book we have always used “The Natural Soap Book –Making Herbal and Vegetable –Based Soaps.  The recipe given below is a modified version of the Soap Essentials Bar.  We choose not to use palm oil (read why here), and have experimented with different ratios of coconut oil and olive oil until we have soap with properties we like – that is, a good balance between lather and hardness.  Almost everything I know about soap making has come from this book, so the following instructions are really a simplified, summarized version of those in the book, the full reference is at the end of the article.

(Essential oils need to be added right at the end, just before the soap is poured into moulds, as they can make the mix more volatile and prevent it saponifying properly if added sooner.  We often divide the mixture in half and add different oils to each portion – for example, something like 20-25 gms of lavender oil or similar of eucalyptus.  With time, you will work out what sort of quantities you prefer.)

The book I have referred to includes a whole chapter on setting up your work area.  I’ll do my best to be succinct!  The most important point to consider is safety.  Remember you will have an extremely dangerous chemical sitting in your work space for several hours.  Lye is very caustic and if it comes in contact with skin or eyes can cause severe burns.  This shouldn’t deter you from soapmaking, but it should prompt you to think very carefully about where you sill work, and who will be there.  When we get together to make soap we work somewhere where there will be no children, and preferable no other adults except those making soap or watching.

You will need bench space for soap moulds, for the lye to sit and cool, and space with easy access to a power point for mixing your soap.  You will also need a stove or burner so that you can warm your oil, and a sink for washing up.

Begin by putting on you safety goggles and rubber gloves, then weigh out the sodium hydroxide, then set it aside.  Place a glass container on the scale and add the water, remove from scale.  Carefully add the sodium hydroxide while stirring briskly with a rubber spatula.  The fumes produced during the reaction will become very strong so one idea is to hold your breath and leave the room after about 10 seconds for some fresh air, then return and stir, another (my preference) is to mix the sodium hydroxide and water outside and bring it in when it has become less smelly.

Place your stainless steel saucepan on the scales.  It needs to be big enough to comfortably hold the oils and then lye leaving plenty of room for stirring – about a 10 -12 litre saucepan or stock pot would be just right, it doesn’t need to be best quality, but it does need to be stainless steel; other metals are likely to react when in contact with lye.

Weigh out your oils carefully – just the olive oil and coconut oil at this stage, the essential oils come later.

Once the oils are in the pan, place then pot on the stove and very gently warm the oils, they need to reach a temperature of 27°C.  The oils and lye are combined when they are both at 27°C – a temperature difference can make the reaction less controlled and potentially ruin your soap so it is worth the wait!  Usually the oils won’t need much heating at all, turn the stove off when there are still just a few lumps of coconut oil floating, it is faster to heat than to cool.

Make sure all your moulds are ready to go.  Our soap making group has used 1 litre milk cartons as moulds – make sure they are well washed out and then open up the top completely, brush the inside of the carton with some oil and then it’s ready.

You also need to prepare a place for the soap to be wrapped up and continue to cure for 18 – 24 hours.  Remember that your moulds (whatever you use) will be full of a mixture which is still quite caustic.  You might use a couple of cardboard boxes, or some plywood to make a frame which will allow you to wrap some old blankets or towels around your curing soap.

When both the lye and the oil are the correct temperature you can don gloves and safety glasses again.  Slowly drizzle the lye into the oils, stirring briskly as you pour.  The original recipe we followed suggests stirring with a spoon or spatula until the soap saponifies, we now use a stick blender which speeds the whole process up considerably.  If stirring, you can expect to stir from anything from 7 – 40 minutes (although stirring for a couple of hours isn’t unheard of!).  Stir briskly, keeping the solution in constant motion being careful not to beat or whip the mixture.  Do not scrape any residue off the side of the pan.

Once a small amount of soap drizzled across the surface leaves a faint pattern before sinking back into the mass, the soap is ready for you to add your essential oils and other nutrients, if desired.

Incorporate any nutrients first – such as oatmeal or lavender flowers, then immediately drizzle in the essential oils, stirring swiftly and thoroughly with a spatula.  Too much stirring can cause the soap to “seize” which will make it hard if not impossible to pour the soap.  Synthetic fragrance oils are more likely to seize, so choose real essential oils where possible.

Once the oils are evenly mixed through, pour the soap into the moulds without scraping the residue off the sides of the pan.  The mixture should be smooth and uniform, if it is watery or oily then it is poorly mixed and you will end with pockets of solid lye in the final bars, so if you see a change in texture, stop pouring so that you don’t pollute the soap you have already poured.

Once poured, cover with a piece of plywood, cardboard or the like and then cover with a blanket two.  Leave undisturbed for 18 -24 hours.  The insulation allows the soap to heat up and complete the soap making process.

After this time, uncover and set away from drafts and cold temperatures for 1 – 7 days, until the soaps are firm enough to cut.  Don’t wait until they are too hard, or you won’t be able to cut them!

When you remove the soap from the moulds, cut a thin sliver from the top of each, and discard as this will contain soda ash which is not as harsh as sodium hydroxide but can still be drying and irritating.

Cut the bars to whatever shape you like, then sit them in a dry, well ventilated room.  Place the soap in a single layer on plain brown paper, or on some sort of tray to allow air to reach them.  Don’t use the soap at this point, as it is still continuing to saponify.  Allow the soap to cure for four to six weeks (we wait six), then wrap in a breathable material – your soap is ready to use!